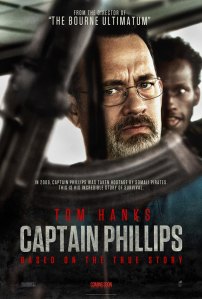 I remember when the events on which the movie Captain Phillips is based happened. Reality, as usual, is more complicated and interesting than Hollywood cares or is able to portray.

Somalian Hip-Hop artist K’Naan, one of my favorites, is quoted in this article (and a video interview included) explaining the causes of piracy in Somalia:

“Most Somalis will tell you they can’t readily condemn pirates. Nobody was there to protect them and the fishermen who was there would complain time and time again. It got to the United Nations Security Council and was ignored and thrown out.  It was months after that that who we are now calling pirates, these men mobilized themselves, these fishermen got street militias from the streets and brought them on board into the ocean to protect the Somali waters.”

via How Hollywood Got Captain Phillips Dead Wrong » RYOT News.

0 comments on “The Truth About Captain Phillips”