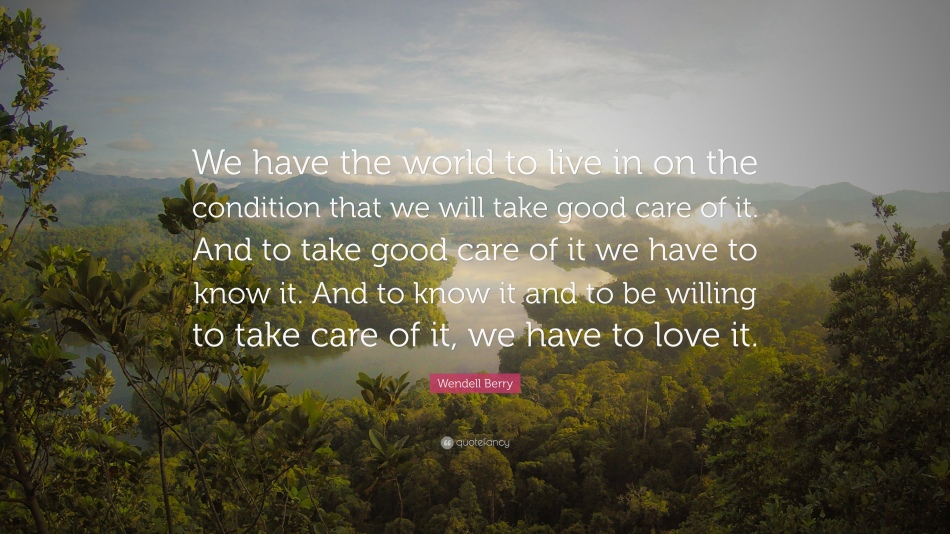 A proposal from Brett McCracken for a Wisdom Pyramid in the vein of the USDA’s food pyramid to help us navigate the often overwhelming waters of the information age has inspired me to tackle some of my questions, criticisms, and hopefully helpful suggestions for such a project.

In the previous post, I suggested that both the food pyramid and a wisdom pyramid are disembodied and disconnected from what they purport to help us with. This brings me to what bothers me most about McCracken’s Wisdom Pyramid. Nature is sandwiched in the middle of the pyramid as if it somehow comes after the Bible and the church but before books and the internet. It almost seems as if nature was an afterthought. In another post, I will try to unpack what I find problematic about the pyramid as a symbol, model, or metaphor. In this post, I want to focus on why the location of nature in the pyramid is problematic.

There’s a lot to agree with in McCracken’s description of what he calls the “knowledge group” of Nature and Beauty:

Being in nature also helps us to be humble; it reminds us that there we are one created being as part of a massive created world. It leads us to understand the rhythms of nature and the rhythms of our own bodies, the concepts of Sabbath and rest. It helps us cultivate gratitude for all that God has given to us.

He also points out that general revelation is a part of the Christian Tradition and can be seen in Scripture which describes God speaking to us through the natural world. This is important because the kernel of what I want to say is already included in his Wisdom Pyramid.

One stream of the Christian Tradition, much of Protestantism, places a primacy on Scripture above all else. This makes sense in its historical context as a reaction to the masses not being able to even read Scripture for themselves. There was a massive shift caused by the increasing availability of Scripture in the vernacular due to the new technology of the printing press. So it makes sense why this movement would place the Bible as the first place we go to try and understand the world and God, and find wisdom. However, like many, if not most, reactionary movements something gets thrown out, distorted, or lost along the way.

From the creation stories in Genesis to the myths told over and over again in modern popular culture, we as a species, homo sapiens, think of ourselves as having somehow graduated from nature because of our large brains and good posture.

This is likely a relatively recent phenomenon, not present in the culture or context of the biblical writers who depended very closely on the land in which they lived. McCracken’s pyramid buys into this myth by throwing nature in the middle as if we can somehow choose or not choose nature. Placing it in the middle makes nature optional as if we are separate from it in our pursuit of wisdom.

Bottom Up Wisdom
The following quote from Wendell Berry begins to reorient us toward not only putting nature in its proper place in our theology but also connecting it directly to our most foundational doctrines: 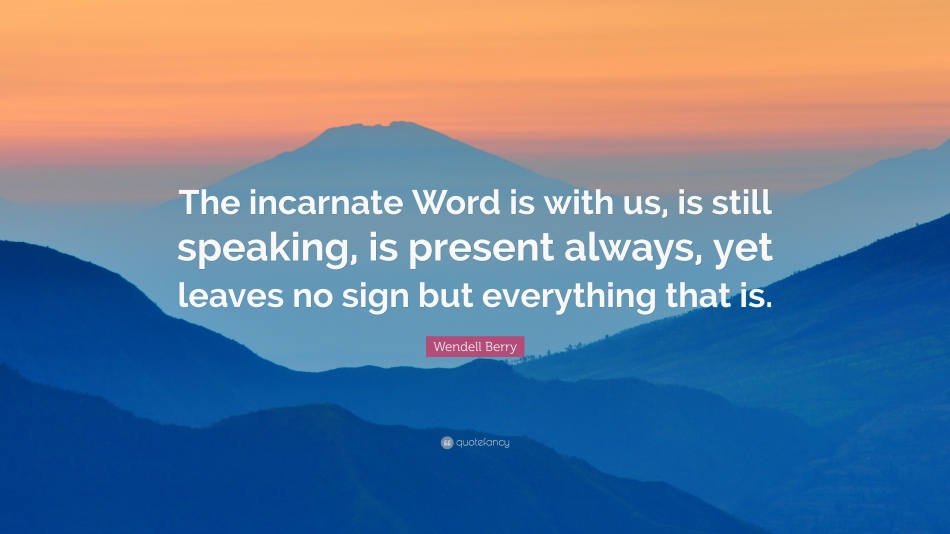 The incredible cosmic poetry of Paul in Colossians 1:15-20 perhaps sums up this sentiment:

He (Christ) is the image of the invisible God, the firstborn of all creation; for in him all things in heaven and on earth were created, things visible and invisible, whether thrones or dominions or rulers or powers—all things have been created through him and for him. He himself is before all things, and in him all things hold together. He is the head of the body, the church; he is the beginning, the firstborn from the dead, so that he might come to have first place in everything. For in him all the fullness of God was pleased to dwell, and through him God was pleased to reconcile to himself all things, whether on earth or in heaven, by making peace through the blood of his cross.

Taken together with the inclusion in Romans 8:22 of all creation as part of God’s redemptive work in Jesus, we see a picture of the place of creation as central not secondary to the work of Jesus in both creation and redemption. In fact, the Incarnation of Jesus is not just in human flesh but into creatureliness as a part of the creation. Therefore if Jesus’ work of redemption includes all of creation, it must also redeem our creatureliness, even as it also draws us into the transcendent divine.

If we are for some reason forced to use a pyramid as a model (again… I will unpack the problems with that in the next post), then creation MUST be the bottom of the pyramid. It is the first and ongoing revelation of the Creator. Before language, before the Hebrew Bible, before the New Testament, before the Church Jesus is present in the creation of all that exists. Christ is the beginning, middle, and end for Christians. The Word referred to at the beginning of the Gospel of John is not the words written on the pages of a New Testament that didn’t yet exist. That is a special kind of idolatry called bibliolatry, and ultimately the Wisdom Pyramid falls prey to this temptation.

Finally, I will suggest that the connection to our creatureliness, understanding of our place and role within nature, and place of creation in our theology is necessary to properly seek the wisdom of the other “knowledge groups” in the Wisdom Pyramid. As C.J. Wright argues in The Mission of God, caring for creation is not tangential or secondary to our calling as followers of Jesus, but from the beginning is an essential characteristic of God’s intention for us in the world. As stewards and caretakers of creation then we must heed the words of Wendell Berry,

Seeking wisdom, therefore, MUST begin with a love for the world and the creation that God has made and given into our care.