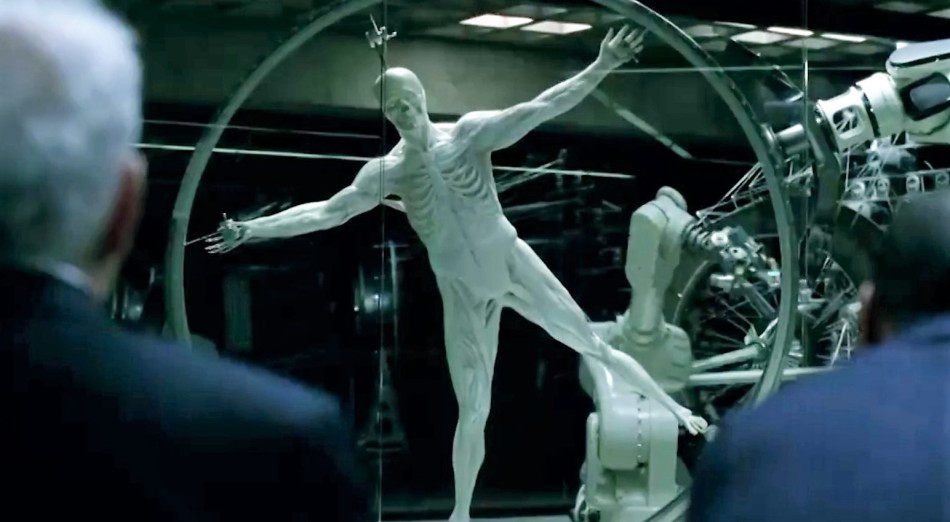 Making connections and seeing patterns. This is what the human brain, in many ways, has evolved and developed to do. So why are we so bad at detecting our own patterns, habits, and behaviors?

These Violent Delights…
I caught Westworld fever this year. I watched the first season and was intrigued by many of the ideas. However, I joined the ranks of obsessed Westworld fans during the second season. I listened to a podcast which broke down every episode and speculated on theories about what would happen or explanations of various mysteries. Apparently, I am not alone since the show’s first season spawned in the neighborhood of 30 podcasts dedicated to breaking down and discussing the show.

For those not given over to such passions, HBO’s Westworld is a new take on the 1973 movie of the same name written and directed by Michael Crichton. The basic concept is the same, a world of robots is created to satisfied the desires and fantasies of the wealthy. HBO’s version calls the AI robots created to serve the guests of the park “hosts.” These hosts are significantly more advanced than the robotic versions in the 1973 original. There are also a lot more layers to the new version. The old version was basically robots gone bad, but the new one explores much more subtle and mature themes.

One of the big questions that the show explores is the nature of consciousness and humanity, and whether or not the hosts can achieve consciousness and/or humanity. What separates humans from hosts when you couldn’t necessarily pick them apart in a crowd? The hosts are programmed with loops, set narratives that guide them in their world and give them parameters for interacting with guests. 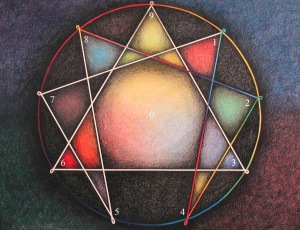 Another thing generating podcasts, books, discussion, and a lot of passion these days is the Enneagram, a personality typing system. I have been reading The Complete Enneagram by Beatrice Chestnut which is an excellent resource for understanding the Enneagram in depth. In her book, she tells the story of how this ancient system came to be popularized during the 20th century. Oscar Ichazo, a Bolivian, learned of the Enneagram from his travels and eventually founded the Arica School in Chile. Claudio Naranjo then popularized the Enneagram of Personality in North America through his teaching in the 70s and 80s. This is where Richard Rohr and others learned about the Enneagram, but both Ichazo and Naranjo first learned of the Enneagram from G.I. Gurdjieff, who was an Armenian mystic, philosopher, and spiritual teacher. Chestnut shares this quote from Gurdjieff which I read shortly after finishing the second season of Westworld,

It is possible to stop being a machine, but for that it is necessary first of all to know the machine. A machine, a real machine, does not know itself and cannot know itself. When a machine knows itself it is then no longer a machine, at least, not such a machine as it was before. It already begins to be responsible for its actions. [1]

Gurdjieff taught that we are mostly living our lives in a “waking sleep” in which we are unconscious to the patterns and habits that drive us. The Enneagram reveals that our personalities are really coping mechanisms that we have developed in order to survive in the world. We like to think that this is not the case. We like to think we make all our own choices freely. Anthony Hopkins’ character, Dr. Robert Ford, says in Season 1 Episode 8 of Westworld,

Humans fancy the way we perceive the world, and yet we live in loops as tight and as closed as hosts do, seldom questioning our choices, content, for the most part, to be told what to do next.

(Re)writing The Program
One of the things that both Westworld and the Enneagram claim is that we are not as free as we like to think we are. I’m not here to take a side in the debates about free will and biological determinism. However, my experience and growth through the Enneagram continue to reveal ways that I am and have been a slave to my habits, patterns, and loops of programming. 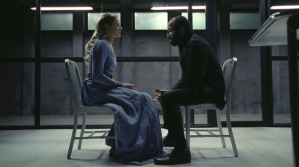 One of the differences in my experience between the Enneagram and other personality typing systems is that the Enneagram provides paths for growth. Many other systems such as Myers-Briggs stop with identifying your personality. They say, “This is who you are!” Then you might learn about other personalities and how to interact with them. In contrast, the Enneagram says, “This (personality type) is who you are NOT! This is who you became in order to cope with the world, but eventually, it fails you! Now, here are some ways to begin to peel back the layers of your type, to grow in healthier ways, and reveal the unhealthy patterns of your type.”

Other personality types just give you a picture of your loop, your programming. The Enneagram gives you tools and ways to see your programming and have admin privileges to rewrite some of your code. The final episode of Westworld Season 2 is titled “The Passenger.” (Don’t worry! No spoilers!) We are passengers in our own brains and bodies. The minds of hosts can also be transferred from one body to another. This is one way that psychotherapy and different schools of psychology, mindfulness, meditation, etc. talk about developing and growing your awareness. You begin to develop an “inner witness” or “observer” that can be objectively curious about you and why you do the things you do.

So the question both the show and the Enneagram raise is “What happens when we become aware of our own programming? What do we do now?”

0 comments on “Westworld, Loops, and The Enneagram”