There was a bit of a blog-o-verse kerfuffle recently about Jamie Smith’s post in reaction to Brandon Rhodes’ essay, “A Long Obedience in the Same Downtown.” The Slow Church blog wrote a piece in response to Jamie Smith’s critique titled Slow and Local are Where We Must Begin. Now that we have our cast of characters, and after you go read all of that, let me offer some of my own thoughts. 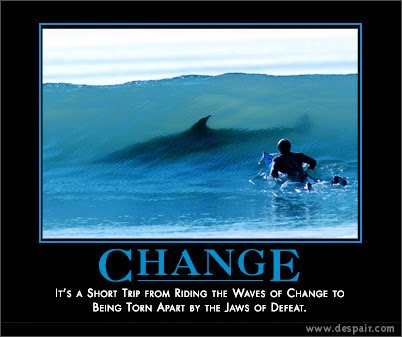 This is a tension that I have been on both sides of at different times. How does change happen and what can we do to be a part of it? Are we called to make the kingdom come on earth or are we only called to be faithful to that coming kingdom in our own lives? Do we focus on local neighborhood issues and politics or do we try to see the system as a whole and make changes on a bigger scale? Are we even called to try and make change or do we just try to be the change a la Gandhi? 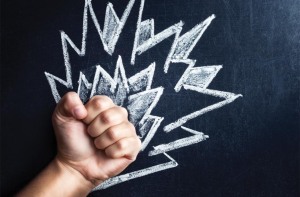 As usual with dualisms that we try to create I think the answer is both/and. I think this is what both Jamie Smith and the Slow Church blog are trying to get at from different angles. As Jamie Smith points out, Christians have tried to grab power in order to make social and political changes (i.e. the Moral Majority) and it hasn’t worked out the way anybody wanted. I think it’s also important to point out that this power grab project was cooked up and executed by Anglos who already had some sort of power to leverage for their project. So it was a project by privileged Christians.

So, the disillusionment with this kind of social engagement has led some to rethink and change course. This is good as everybody seems to agree. Getting away from the obsession with power and control to focus on getting to know neighbors, loving the place we live and engaging more in our local politics. Jamie Smith seems to think that this has also led to folks disengaging entirely from the larger systemic issues and political engagement that tries to make bigger broader changes.

Of Specks and Planks 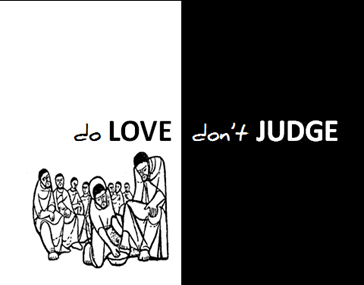 I have often found that while discourse (especially blog posts) from people may lack engagement on certain issues, when I dig deeper I find that they are actually engaged with those issues… just not on their blog where I can see it. There is something problematic about passing judgment via the web on those we don’t have direct knowledge of. The implication of Smith’s attack for Rhodes’ and his community is unfair and unwarranted. It’s not necessary to take a particular community to task in order to make a point, offer a correction or submit an idea for scrutiny. So, I want to first say that I know very little of these three gentleman, their respective communities, churches and work. I know enough to be interested in what they have to say, but not enough to make any judgment about their on the ground engagement with politics, neighborhood or global issues.

The Macro in the Micro
With that said, let me first say that I think Jamie Smith is right. There is a temptation to ignore the larger systemic issues at times in favor of focusing on living life, getting to know our neighbors and building community. We can assuage our guilt and complicity in larger systems sometimes by saying that we are just doing our small part and the large-scale changes are too big to tackle. We are doing what we can and shouldn’t be expected to be superheroes or martyrs. The worst form of this reaction certainly allows us to ignore the larger systemic issues that might affect our neighbors and should be guarded against. So I can agree with Chris Smith’s premise that we should begin slow and local, only if it is a way of continuing to engage larger issues and not a way to ignore them.

I think Jamie Smith’s criticism is probably somewhat off-base. In my experience engagement on a local level naturally leads to larger issues of injustice (unless of course you live in a gated community. Then again that’s where Treyvon Martin was killed). For example, we have undocumented people in our community. This makes issues around immigration very relevant for us, because it affects people we love and care about.

Our community has dedicated time educating ourselves and others about the issue. We have and continue to engage our city, state and nation through local activities and national campaigns. We organized a forum on immigration and faith a few years ago and worked with the city to make sure people could get access to basic services. We spent a year discussing, learning and praying about issues around immigration. Out of that a small business was launched to buy property in our neighborhood with the goal of being good landlords and providing access to safe affordable housing for those without papers. One member of our community is now in her final year of law school with the intention of working on immigration law when she finishes. We have also helped a young adult in our community attend and pay for college, because she is ineligible for federal loans due to her undocumented status.

Obviously this can happen for other issues related to all the things that are wrong with the world, like race, poverty, education, climate change, etc. So, I think we first need to get rid of the idea that we are doing either something small and local or something big and global. They are intertwined, enmeshed and interrelated.

What’s Anabaptism got to do with it?
The strangest part of Jamie Smith’s post and what seemed to spark some of Chris Smith’s response was this line,

But there is a sort of vague Anabaptism about the stories and strategies that we now seem to celebrate—a valourization of cultural labour that is certainly social and civic and “faithfully present” (as James Davison Hunter would put it) but also seems averse to treading on the terrain of law and policy as if that were all too “big,” too “fast” (?), too macro.

Jamie Smith should know better than to paint something like Anabaptism, even “vague” Anabaptism with such a broad brush. There are certainly very isolationist and retreatist Anabaptists. It was our job to work with some while we lived in Bolivia. To imply, however, that anabaptist theology somehow leads to ignoring larger social and systemic problems is both unfair and inaccurate. There seems to be something in particular that has gotten under Jamie Smith’s skin that he does not name in his post. Perhaps he hasn’t named it for himself, but to name it Anabaptism is not only inaccurate, but damaging. Imagine if the same were said about Catholic theology or evangelical theology. Anabaptism seems to be caught in between those who think it will save the church and those who use it as a whipping boy for what’s wrong. Of course it’s neither and both.

Ever since Reinhold Niebuhr paved the way for theologians and politicians to ignore the difficult ethical demands of Jesus and the Sermon on the Mount, I think we find it hard as Christians dealing with politics to let go of the idea that we can and should fix the system. That’s not the same thing as fighting injustice, naming the Powers and naming the brokenness of the system. When I look at modern social movements that are actually effective at making change, embodying a different way of life and challenging the Powers, they are not so interested in fixing a broken system as they are in building a new one.

The Occupy movement was widely misunderstood, because of the time and energy spent on organizing around different principles and values than the prevailing system. The social movements in Bolivia with which I am familiar built a town, El Alto, which is now larger than the capitol, La Paz. The movements among indigenous people have kicked out Multi-National Corporations and demanded rights from the government, even an indigenous government.

The reason that focusing on the slow and local is the place to start is that this is the way that these kinds of movements have been built in the past. The civil rights movement which Jamie Smith cites did not start as a national movement. It started with local issues and local people. This is the way that the both/and of being faithful works out in our lives, neighborhoods and world.

0 comments on “Do Small Things Matter?”