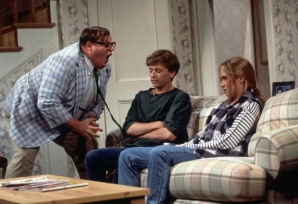 Well, I survived my first listening session with the USDA today. Some may understand the headline from my tweets from the session. For those who missed it the word synergy was used way too often and in too many forms: synergy, synergism, synergistic. Unfortunately no one used the form a friend of mine invented on facebook… synergistic-expialidocious. Brilliant.

To top it all off a man who did NOT make it into the NBA who works for/is a motivational speaking group came down the aisle wearing a santa hat and carrying a smiley-faced basketball. He proceeded to treat all of us to what kids in gyms across America can barely sit still for… a motivational speaker.

I found many things interesting after listening to 20 people from a wide variety of organizations speak. The most interesting fact of all to me was that farmers were not represented at all. By all appearances farmers are not interested in ending childhood hunger or obesity (this was the main thrust of the session). I know this is not in fact the case. Real farmers were probably to busy doing real farming. So where were the groups that represent farmers? So, in my comments I pointed this out and shared some of my thoughts about the Farm Bill and what we do at World Hunger Relief. Here’s the highlight reel:

It was a good experience to see how something like this works. Though I am skeptical of government and bureaucracies ability to do good and make change, I also recognize that governments and bureaucracies consist of people who do not have hearts of stone. Listening sessions and town halls is what we need more of, not less. There should be room for disagreement over flavored milk (and other things) without resorting to hateful mischaracterizations and threatening speech. We’ve reached a fever pitch in our political discourse and I’m not sure what will bring us back to reality. I’m happy to report that at least one government listening session in these times was respectful. What it accomplishes has yet to be seen.